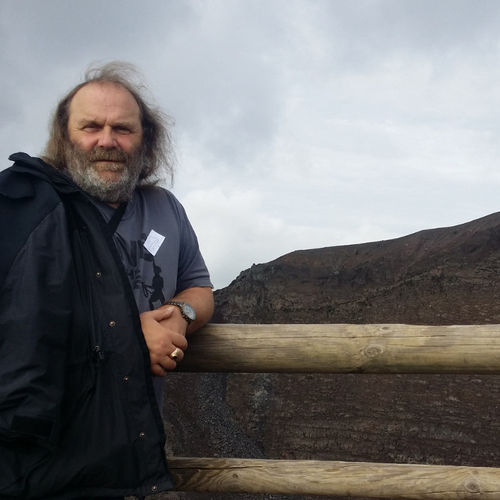 Dr Phillips has been active in archaeology since 1997, completing his 1st degree in 1999, followed by a research PhD in 2004. His PhD focused on earthwork castles (motte & bailey) of the southern March of Wales and involved a considerable amount of survey work; and led to a viable alternative for the dating and interpretation of earthwork castles of the Norman period.

His favoured period is the Palaeolithic, an interest that he has pursued not only in Wales but also in Spain, Gibraltar, and Morocco; working for The National History Museum, The National Museum of Wales and Oxford Brookes University.

Over the intervening years, involvement in commercial archaeology has familiarised Dr Phillips with a range of archaeological periods from Mesolithic to WW2, however; the bias, in S Wales at least, tends towards either Roman or Industrial.

Apart from ongoing commercial work, Dr Phillips is at present directing the 2nd decade of a research excavation on a previously unknown phase of Post-medieval charcoal ironworking within the Wye Valley.

In 2018, Dr Phillips was expelled from the CIFA, where he had been a full member since 2016, for 'bringing the name of archaeology into disrepute'; based on third-party testimony presented to the disciplinary panel. Membership is bestowed on an individual, based on experience; with an annual membership subscription required. Dr Phillips having lost the right to display the MCIFA letters after his name, will from now on, only rely on 24 years of archaeological experience in the discipline-specific, fully funded, research bursary, Doctorate, which he achieved in 2004.

At this current time APAC.Ltd and until further notice chooses not to accept any new work within the control of the Brecon Beacons National Parks Authority.

For all your archaeological requirements